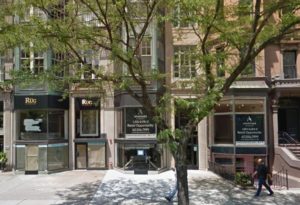 One Boston politician is tired of seeing vacancy signs in even the city’s poshest neighborhoods.  Boston City Councilor Matt O’Malley announced Monday he will introduce an order for a hearing at Wednesday’s Boston City Council meeting to address vacant properties throughout the city. The move comes in response to empty storefronts in high-demand business districts like Back Bay and vacant units in luxury multifamily buildings. The order is expected to include data collection on vacancies throughout Boston. If a fee were to be levied, funds would go toward affordability initiatives or to reduce property taxes for occupied properties, according to O’Malley’s release.

“I am very intere  sted in fighting for a vacancy fee or a vacancy tax that would penalize landlords who leave their storefronts vacant for long periods of time in neighborhoods because they are looking for some top-dollar rent but they blight neighborhoods by doing it,” de Blasio said to WNYC.